This morning my youngest son, Daniel, left for Scout camp.

I’m going to miss him this week as the house will be noticeably more quiet.

It’s been pretty amazing to see God use each of my kids to teach me something different about Himself. Daniel is no exception to this pattern.

From the time he began to talk, he has been a funny kid. Because he is the youngest of six, he always seemed to be yelling in a futile attempt to make his voice heard. For a long time it seemed that my most common words for him were, “Daniel, lower your voice!”

His voice, being the highest in the crowd, seemed to cut through. But the zingers – the really great one-liners and memorable comments that triggered a roar of laughter – always seemed to come in the gaps. In the moment that everybody stopped, when no one had anything to say, he would hit us.

With the whole family in the car on one of our many road trips, Daniel observed some discrepancy in the behavior of his oldest brother. He felt his brother was saying one thing but doing something else. He proceeded to share this with me, “Dad, Mickey’s being a democrat!”

(I’m pretty sure he meant hypocrite, but it was funny nonetheless.)

God has used Daniel to remind me to not try so hard. I have this tendency to try to superimpose my voice over the chaos and noise of the world. I want people to listen and hear all the stuff I have to say. But, when I stop trying so hard to be heard, there will come an opportunity to speak into the situation that I could never have contrived.

There was another one of those long car rides one night that was full of our characteristic laughter and chiding with a more-than-appropriate dash of sarcasm. There, in the gap between all of the craziness, Danny does it again with his poorly-enunciated but endearingly-articulated charm: “That’s hiwawious. You’re hiwawious.” 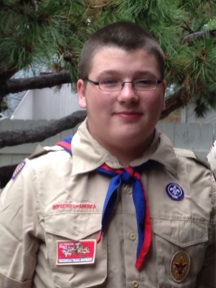