My wife and I had what seems like two sets of three kids. The longest gap between the kids is between #3 & #4. It’s almost two years – which, at the time, was a long time for us. And there, at the beginning of round two, was Jonathan. We called him Scrawny Jonny for a long time because he was the smallest we had at birth and for some time after.

My son Jon is unique. I know that every kid – even from the same gene pool – is distinct from each other. But Jon has always seen the world differently. He is our only lefty. I don’t know how much that affects his way of thinking, but it really seems like he sees life from a much different angle.

This different way of seeing life, of learning, of doing things seems to make life a little more challenging than it might otherwise be, but God has been teaching me something amazing as I watch my son grow.

Jon likes to build things – particularly weapons of various kinds. I remember walking out the front door of the house one day to meet a seven year old Jonathan with a bow and arrow he had fashioned from sticks he found in the yard. I thought it was neat, but I wasn’t worried. As I headed toward car I was struck right in the back of my head by a stick.

When one Jon’s older brothers went to take out the trash some years ago on a damp and windy winter evening, they found a surprise that Jon had left for them. He had rigged a trip line across the path to the trash cans. His sinister little laugh was priceless.

I love the consistency of this boy of mine. That is something I struggle with in my life – consistency. I am challenged by my son’s example to keep pressing and keep exploring until it works. I am challenged to look at things differently and strive to see things from another’s perspective.

My hope for Jon is that God will show him that unique path for which He designed his unique personality. I am confident that, once he is on that path, he will live out the admonition of Colossians 3:23:

Whatever you do, work heartily, as for the Lord and not for men.

My son Jon makes me proud – for his diligence and hard work as well as for his creativity. He pushes me to be a better dad – and he deserves it.

…And the rest is yet to be written. 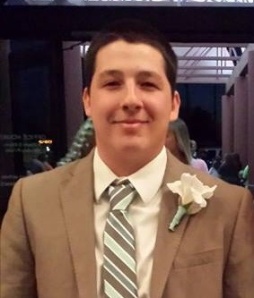 One thought on “Diddle Diddle Dumpling”