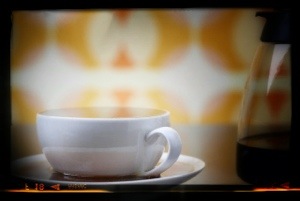 In the past week we have witnessed what I can only describe as an eruption. In the most poisonous election cycle I have ever personally witnessed, there was little surprise that there would be outcry from one side or the other.

I have tried, for the most part, to stay away from the political discussions on social media and have even regretted most of the in-person discussions of these things that I have happened into along the way. It seems that I have, more than any other point in my life, a much broader spectrum of friends with a vast array of perspectives.

I have friends and relatives that were utterly devastated by the election results last week and I have more than my share of folks I know and love who were absolutely elated at the outcome. I also know a lot of folks like me that felt as though voting was trying to choose whether to get run over by a bus or a truck.

In all of the aftermath of this election cycle, there is something that I find so incredibly troubling. I suppose it’s not new. Perhaps the polarization that happens so much more rapidly in this social media society is merely amplifying what has always been. But my heart breaks as I see people I care deeply about demonizing other people I care deeply about simply because they disagree.

It’s happening in every direction and on every issue… and it’s gut-wrenching to stand somewhat in the middle of the road only to get caught in the crossfire for not agreeing with either one loudly enough.

I learned long ago that a great mark of maturity is the ability to exchange and explore ideas without maligning the character of others. This is, it seems to me, grossly absent in modern discourse—particularly that of a political nature.

In the insulated pseudo-safety of our online world, we say things with vitriol and hatred that we would at least tone down if we were face to face. We hit that share or retweet button on things we would never say sitting down over a cup of coffee.

Maybe that’s it… maybe we need to spend more time sitting down over coffee and listening to one another than we do spewing our electronic ugliness in a sort of guerrilla warfare with those who disagree.

Why is this such a hard thing to do?

There are probably a lot of reasons. But the biggest one, I believe, is simply pride. If we’re honest, we just think so highly of our own opinions and our own ideas that we cannot bring ourselves to consider those of others.

That’s what has made the past week such a burdensome time in my spirit. It seems like people that I admire and respect so very much are utterly unwilling to consider that maybe I love people as much as they do and yet may have come to a different conclusion as I cast my vote.

Please, everyone, STOP INDICTING THE CHARACTER OF SOMEONE WHO DISAGREES BECAUSE OF THE VOTE THEY CAST.

Can we just learn to sit down and listen to one another instead of casting bombs of insult and grenades of accusation?

Would someone—anyone—meet me in the middle for a cup of coffee and a real conversation?

Don’t come to convince me of your way, but to explain your perspective just as I will come to understand your perspective and try to explain mine. It’s possible we may find some common ground on which we can build something more. We may still disagree…but we’ll be better friends and neighbors because of it. And together we can make things better.

The profoundly wise King Solomon of Israel well observed, “The way of a fool is right in his own eyes, but a wise man listens to advice.” (Proverbs 12.15)

I want to listen. Meet me in the middle?